My apology of the photographic terminologies, they are just out of scope.

AGFA (abbreviation for Aktien-Gesellschaft für Anilin-Fabrikation) was a major producer of cameras, accessories, film and photographic chemicals, founded in Berlin, Germany in 1867.

A fews years ago, by chance, I received an AGFA Isolette I folding camera literally for free. The AGFA Isolette was the “bread and butter” camera for Agfa for the longest time.  AGFA Isolette I is the very basic model made in 1950's.  Already over half a century old, still in working condition, but problems can be aniticipated. 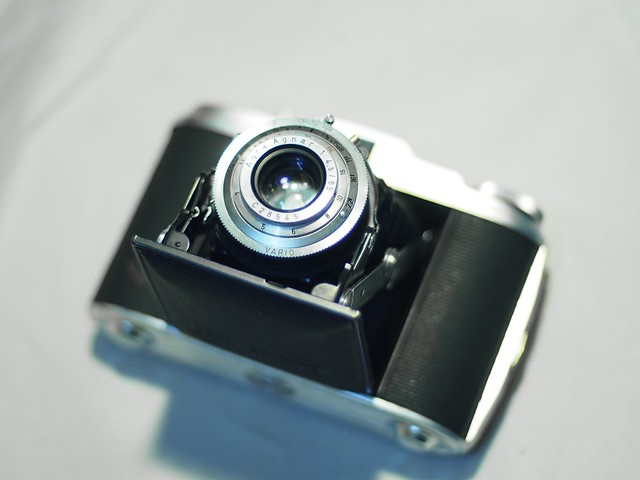 Light leaking of the bellow, the folding part of the camera, is most common and the first thing I checked.  In my darkroom, my darkroom is my basement, it's only dark at night.  Open the back side of the camera,  turn on a flashlight in front of it, watch the interior side of the bellow from the open back, any light spot is a pin hole that could ruin the film.  A bellow normally is made of leather or other flexible light isolating material and can last quite long time, but over 60 years weathering they eventually got worn out.   Only way to fix is to change a new one. I just could not wait to give a try,  so I taped all the corners of the bellow and gave it a shot. This camera uses 120 format film which in today's digital camera time is referred to as medium framed, the sensor size of the medium frame digital camera is the same as one 120 film frame, i.e. roughly 60mm X 60mm. 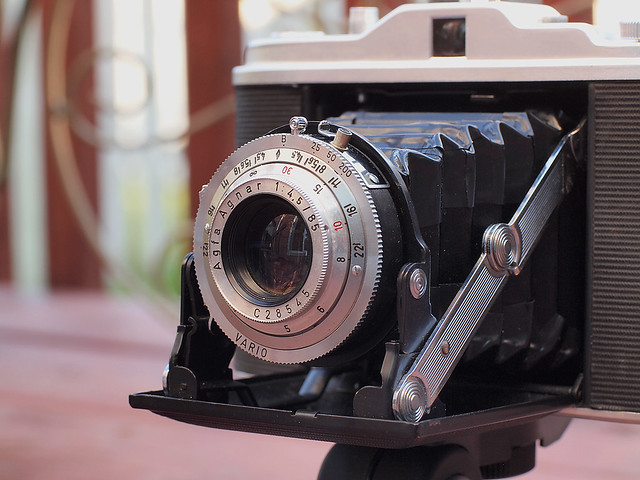 One  120 film roll of 6x6 format yields 12 frames in total.  Of the test roll, 11 out of the 12 pictures  completely out of focus, I realized the focusing mechanism is not working although the focus ring itself turning, but not driving the lens elements. 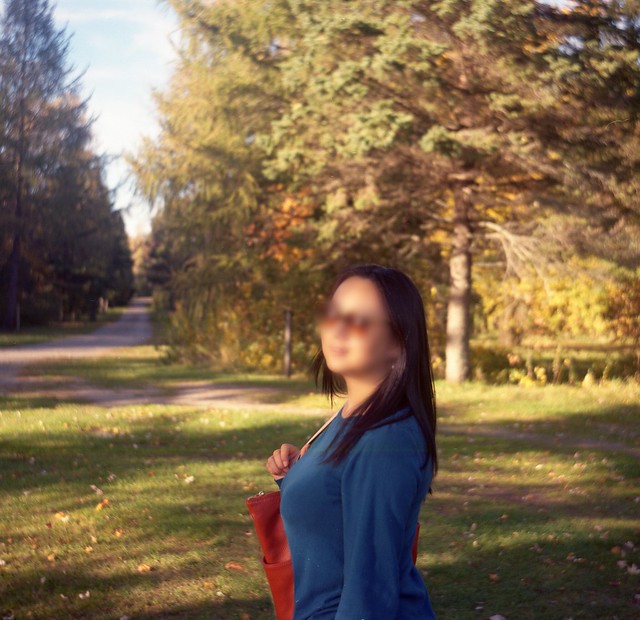 The reason of the focusing problem is chemical reaction of the brass lens construction and aging lubricant used by AGFA causing lens elements seized off. I decided to fix all the problems at one time.  I made a double layered new bellow from some light proofing fiber material I happened had just enough for the work. I did not record the bellow making process.  The next would be taking the lens apart to fix the optical problem. The lens mount can be accessed from back side. 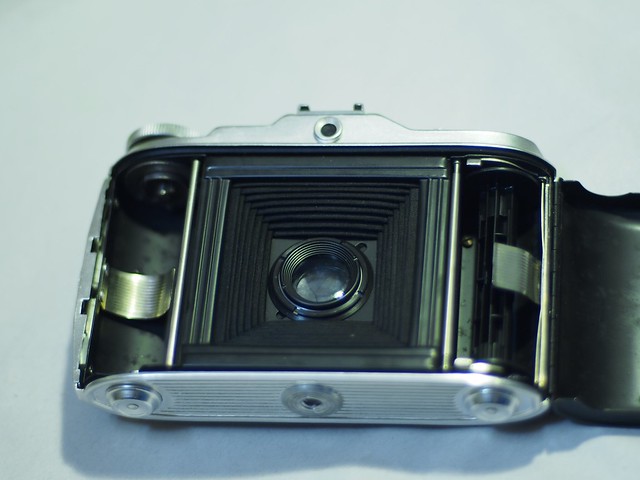 The lens is a full assembly of optical elements, shutter, selftimer, aperture, and so on. Need to be further disassembled down to functional elements. 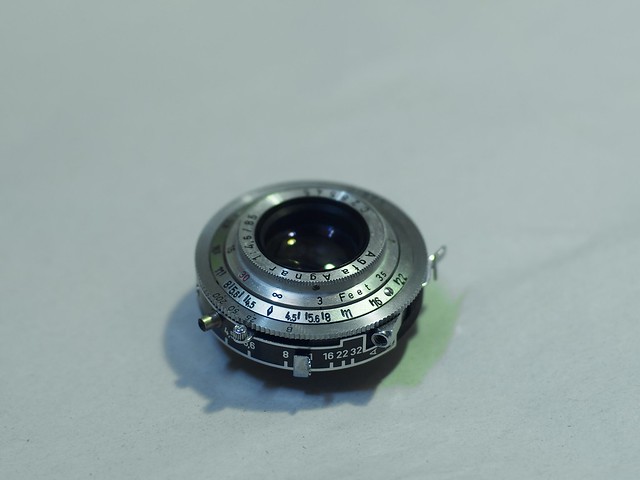 The multiple glass elements assembly, when they are turned against eachother, the distance between the glasses varied giving new focusing points. Now they seized. This part need most precaution, cannot force it, any tiniest deformation on the frame or crack on the glass, game will be over. I had tried several methods to free the lenses, starting from the mildest one by dipping the lens into 99% alcohol for a few days, not working. I didnot want try WD40, too oily, scared might ruin the optical coating. Eventually, the heatgun became the life saver, FYI, not a hair dryer simply the temperature too low.  I checked the glass safety temperature before using the heatgun, still I did not hold it steady on the lens since glass distortion would result in image distortion,  and at last the hardened lubricant gave in before the glass. I quickly took it apart and  put them into alcohol again. Cleaned thoroughly and smeared a tiny bit new grease on the thread and assembled again. 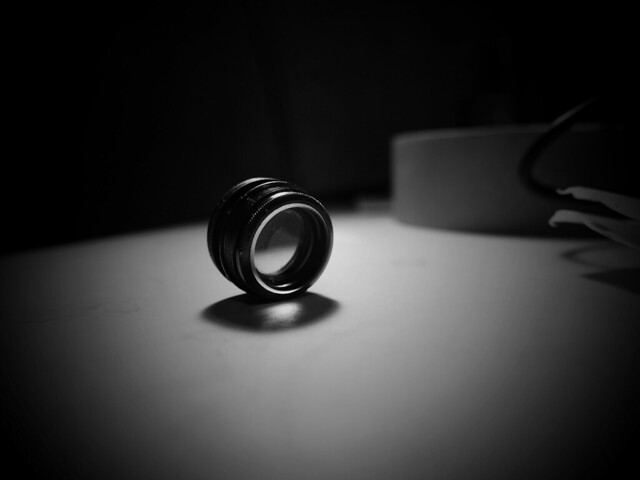 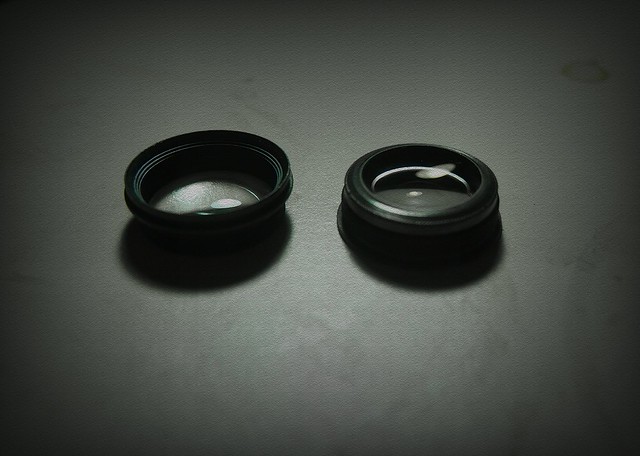 lens assmebly showing aperture, shutter winding lever, and so on. 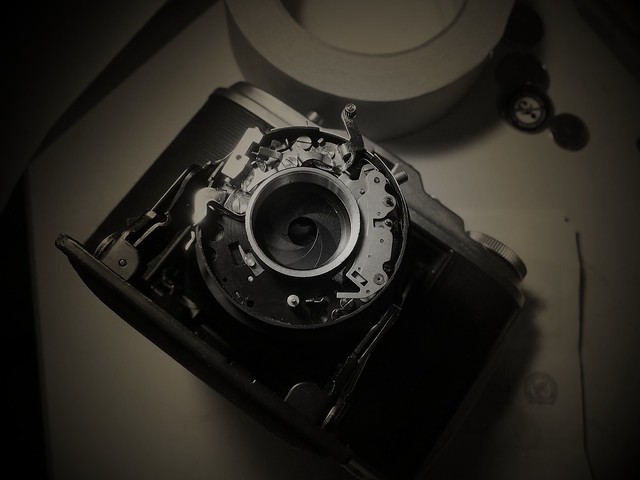 Now lens is adjustable, bellow's been changed, time to put it together. Everythings is working now...

But that is not all..., the lenses are capable to focus from the nearest point to infinity, but how to tell the distance? There is a focus dial ring which is mounted on the very front of the lens with a set screw, no locator, so the lens need to be calibrated, e.g. when the lens focuses at 3 meter distance, the focus dial should point at 3 meter. 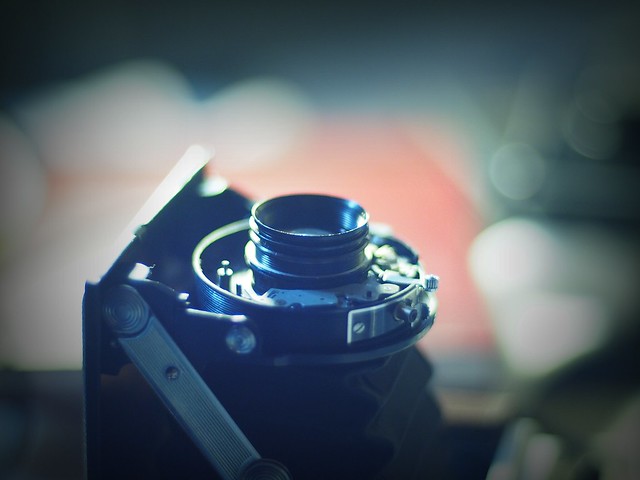 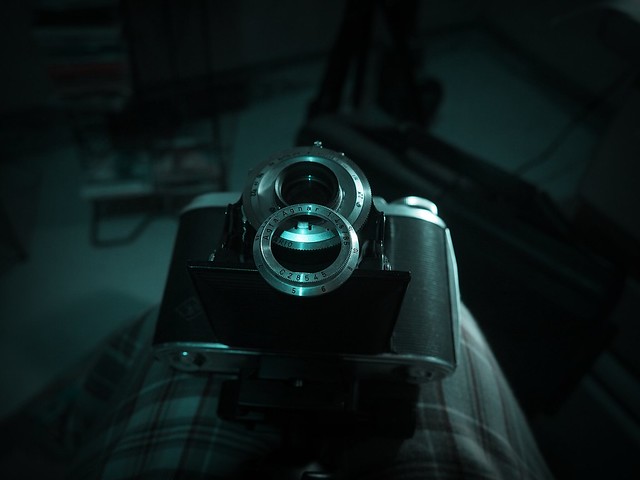 No accurate lab equipments, DIY method can also make it just as good. The principle and steps as: 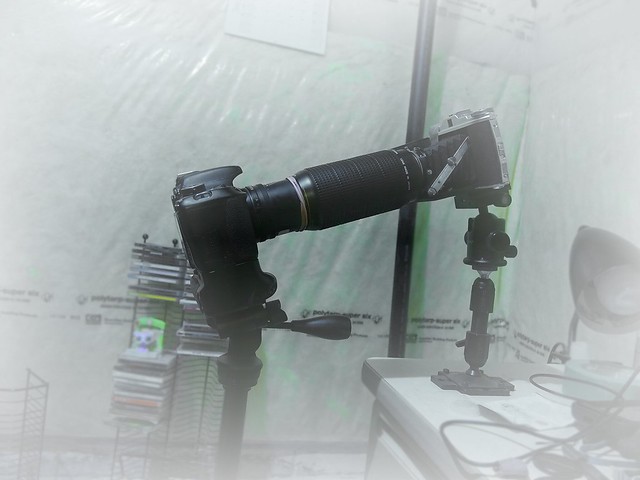 I drew this cat on a clear plastic card, and stuck it on the agfa's back to replace a film. 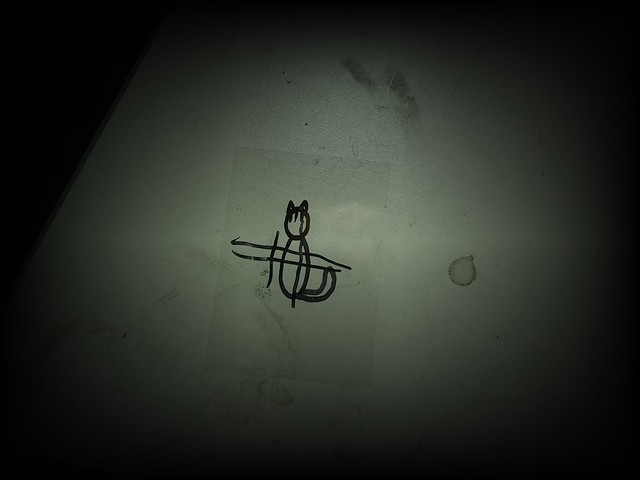 Took a picture from the digital DSLR,  eyeballed the focus, this no range finder on AGFA Isolette I , need to  estimate the focus anyway, so this is good enough. 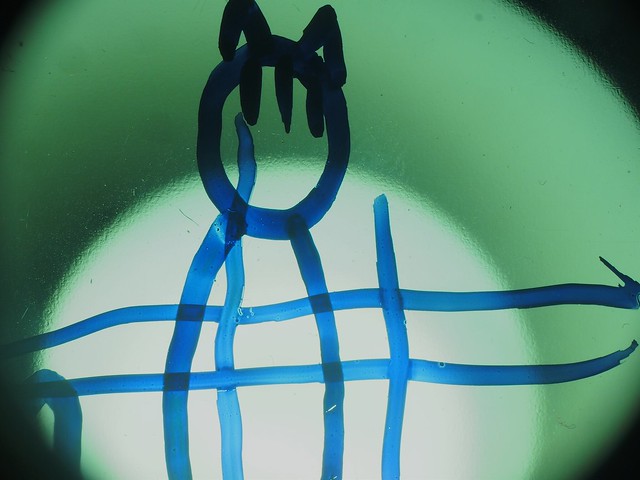 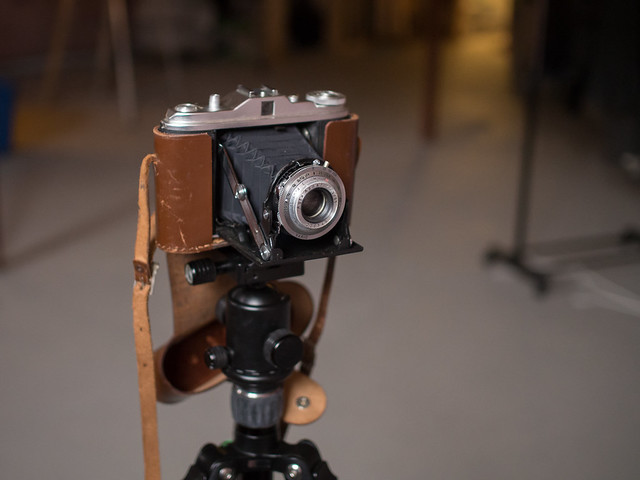 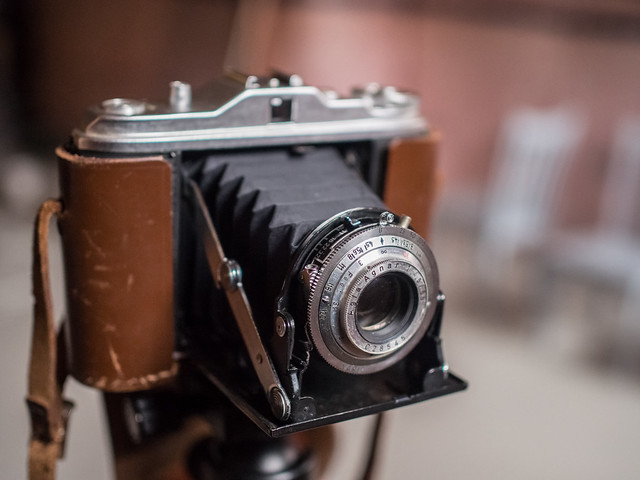 But since then it has been used more as a photographic prop than a tool and certainly a dust collector as well,  but every once in a while I would take it out and wipe the dust... ..., 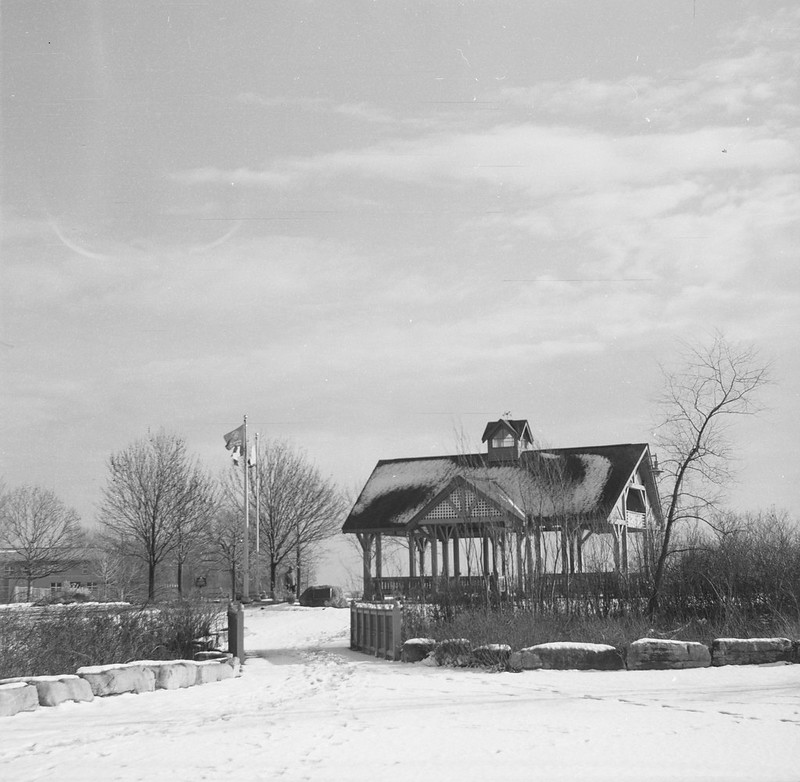 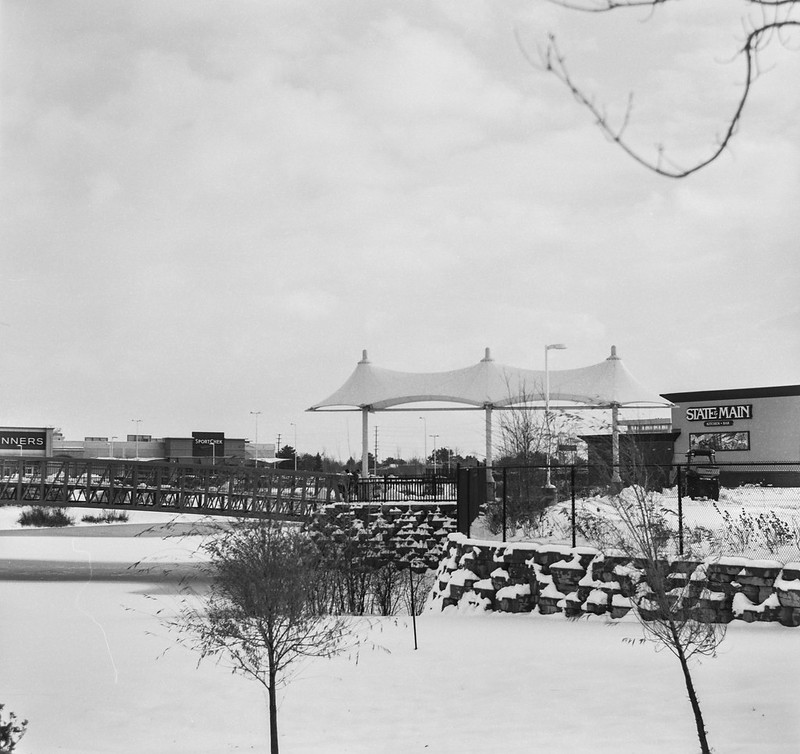 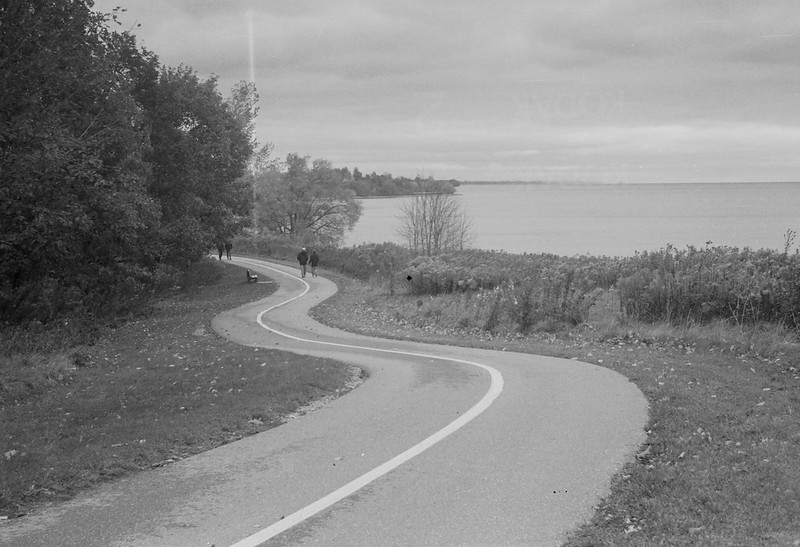 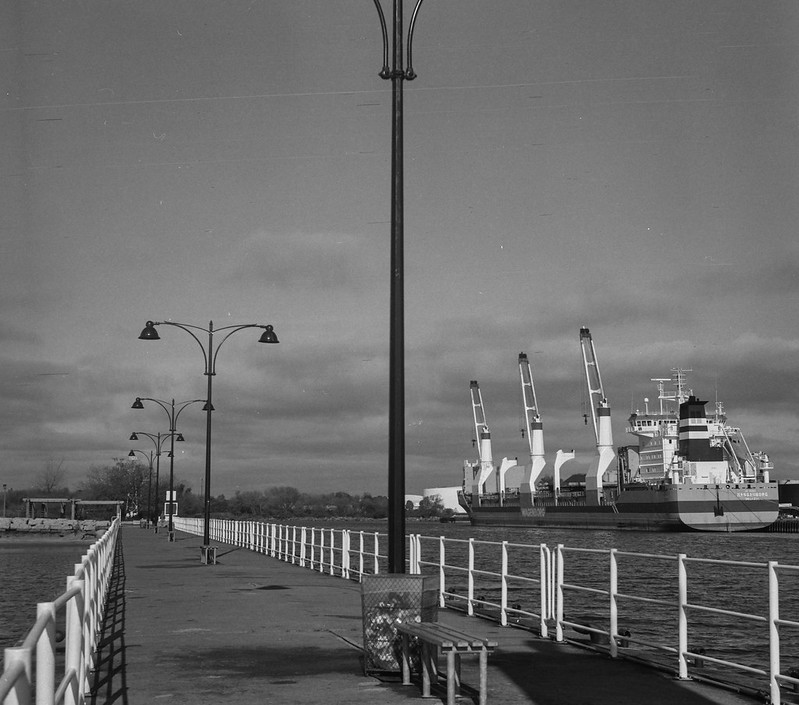 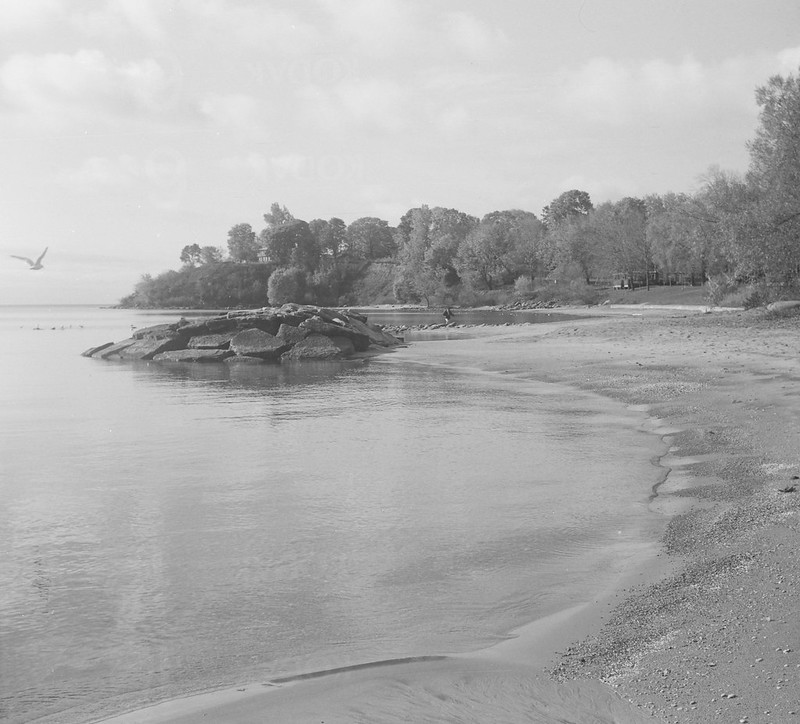 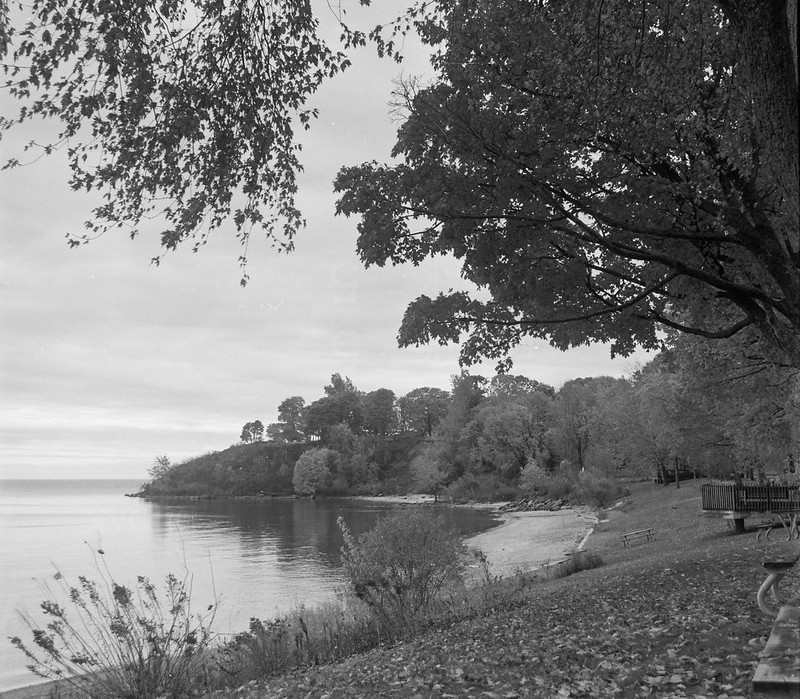 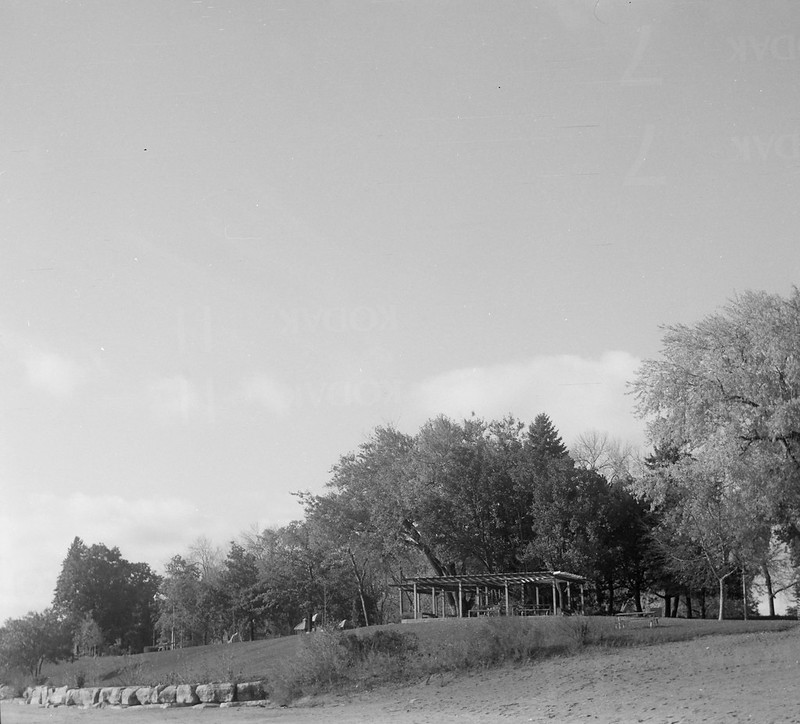 Wow, you know so much about cameras! thumbs up!

photograph is a luxury hobby, isn't it?

Thanks for shedding light on this subject!