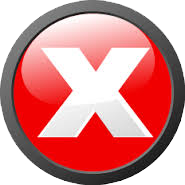 Here is my take on any middle east affairs:

If you are not a middle easterner, stay out of there. The region has been in trouble of inner fight and genocide for more than 2000 years. No outsider can solve their problems but themselves.

To Americans: You should totally forget about the oil reserves in Middle East. That's theirs, NOT yours. Dig into your own backyard to find more or invent something to replace it.

To Europeans: You should totally forget about your entwined history with Middle East. Instead remind yourselves once a while the terrible and ever lasting religious wars with them.

To Chinese: remember any tragedy on earth is a loss to human race not a gain for yourselves.

CLINTON AGAINST FREE SPEECH IN DENMARK AS IN CHINA

I came back from teaching only to discover that the former president, who had nothing to say about Yahoo helping China to put a subscriber in jail for being a whistle blower, has plenty to say about a Danish paper publishing offensive cartoons. Clearly he knows who is paying for his new lifestyle. In any case, a man like Clinton will never stand up to dangerous entities like China or Saudi Arabia when he can pick on safe democratic Denmark.

Well, no word for Muslims. They are serious bunch, not the kind can take others advise or humors. Let professionals: politicians and 外交官们 do the talking there.